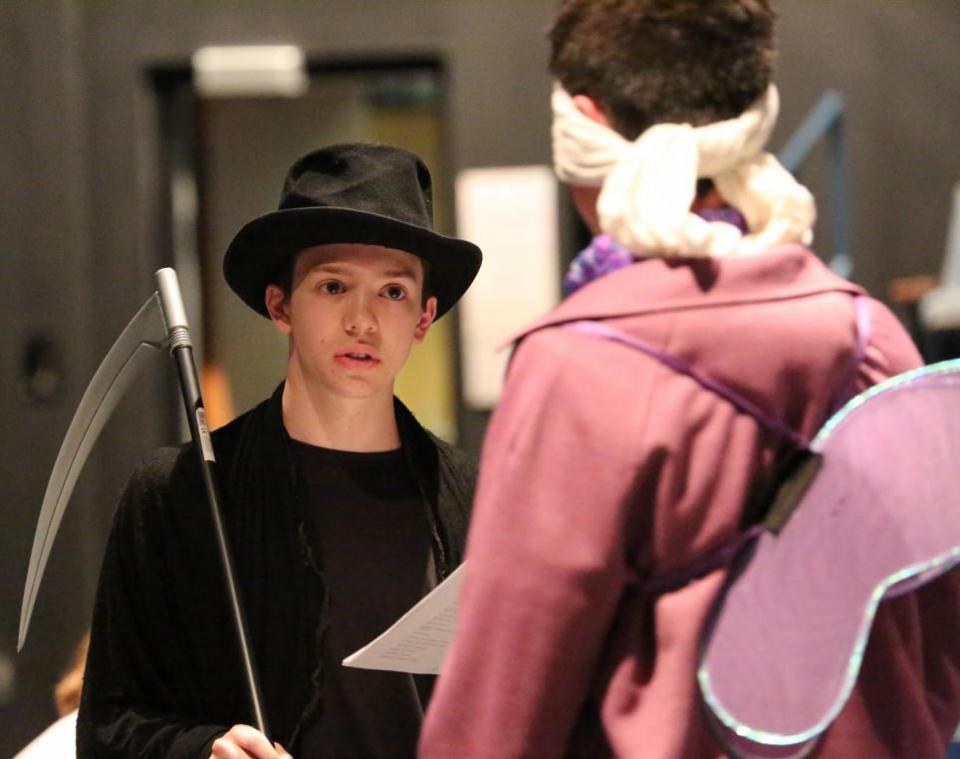 The first show, “Wren and Moose”, is scheduled for 6 p.m. on Thursday, Oct. 25. It is a 25-minute children’s Halloween show written by Penn High School student Kenny Collymore-Williams. After the show, there will be Halloween candy and a short meet-and-greet with the characters.

The second show, “Death and All His Nonexistent Friends”, is a 30-minute young adult Halloween show, also written by Kenny Collymore-Williams. It is scheduled to start at 7 p.m., and features a few more jumps, bumps, and scares.

According to Drama Club Sponsor Crystal Ryan, “Boo Bash” is a student-led project. It is student-written, directed, acted, and teched.

“The Drama Club developed this event as a way to have a fun, free event for the community, but more importantly, the Drama Board members wanted a low pressure, fun way to engage incoming theatre students,” Ryan said. “With such a large program, it is a great way to get our “Intro to Theatre” involved in a performance situation.

“The other unique thing about this event it is Penn’s first stage reading!” Ryan said. “Stage readings are how most professional playwrights get their works initially read before they go on to a huge, full production. Having several aspiring playwrights in our program, I would like begin implementing this more in our program to teach students how to get their work read, produced, and out in the professional world.“

The message below was shared with P-H-M Families and Staff via email July 23rd, 2021.   P-H-M Administration has received a number of questions from families regarding Critical Race Theory (CRT), and if the ideologies/tenets are included in our Social...

Penn-Harris-Madison continues to monitor the spread of COVID-19. With more than 13,000 students and employees, we all play an important role in minimizing the risk and impact on each other and our operations. The health and safety of students and staff...